← back to
Cumbancha
Get fresh music recommendations delivered to your inbox every Friday.
We've updated our Terms of Use. You can review the changes here.

The Fire from Africa 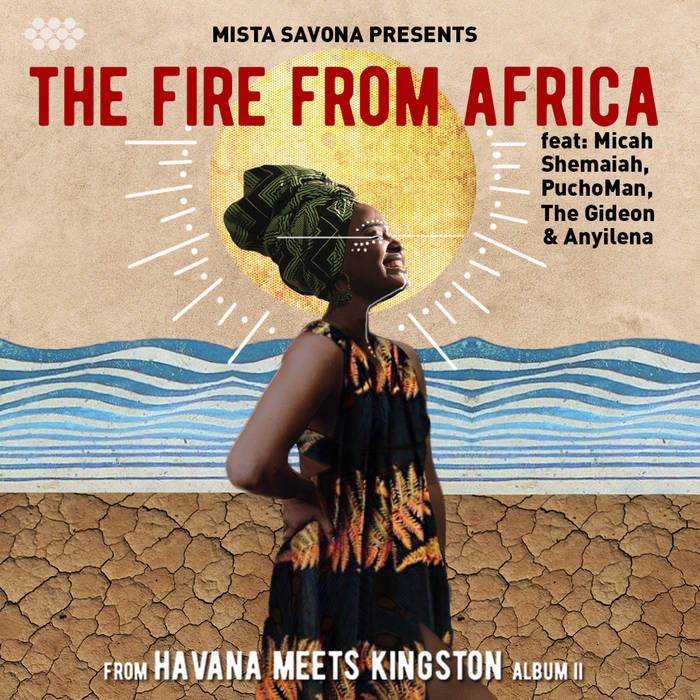 The new single "The Fire From Africa" from the upcoming Havana Meets Kingston - Part II album blends roots Jamaican reggae with Afro-Cuban chants, bringing together traditional and spiritual elements of both islands. Produced by Mista Savona and featuring Jamaican stars Micah Shemaiah, The Gideon and Sly & Robbie along with Cubans PuchoMan and Anyilena.

When Australian producer Jake Savona (aka Mista Savona) first travelled to Cuba in 2014, his original inspiration for the Havana Meets Kingston project was to bring together traditional and spiritual elements of both islands - such as the Nyabinghi drumming and chanting of Jamaica with traditional Cuban chants born out of the santería religion.

“The Fire From Africa” does exactly that - introducing the song with slow, meditative Nyabinghi drum patterns, that leads into a chorus based on traditional Afro-Cuban chants expressing a 'longing for the Motherland Africa'. The deep bass and drums of Sly & Robbie alongside Bongo Herman's steady Kette drum patterns create a heavy foundation that is perfect for Jamaican singer Micah Shemaiah to express beautifully the Rasta theme of 'Repatriation' - a longing that Jamaican Rastas have to one day return to the homeland Africa.

The second verse is by Cuban rapper PuchoMan from the highly political group La Armada based in Santiago de Cuba, who flows beautifully over the riddim and lyrically celebrates the meeting of the two cultures. 'Reggae is universal and international!' sings PuchoMan, who is currently in jail in Cuba for what is believed to be political reasons. Jamaican artist The Gideon follows with a formidable second verse, displaying his skill for the very Jamaican 'sing-jay' style that combines singing and toasting (rapping).

The chorus singers are from both Havana and Santiago de Cuba (opposite ends of the island, each with unique musical traditions). Solis and Julito Padron represent Havana (Julito is also considered one of the finest trumpeters in the world), while La Armada (PuchoMan and Krazyman) represent for Santiago de Cuba. Featured in the outro and also singing some beautiful adlibs throughout the song is another singer from Santiago, Anyilena, who was also featured on Part 1 of the Havana Meets Kingston project.

Another key contributor to the track is the lush and distinctive guitar of Bopee, a brilliant Jamaican guitarist who worked closely with legendary Jamaican singer Dennis Brown throughout the 80's and 90's. Bopee sadly passed away last year in his home in Kingston, Jamaica.

“The Fire From Africa” represents a true meeting of the souls and spirits of Jamaica and Cuba.